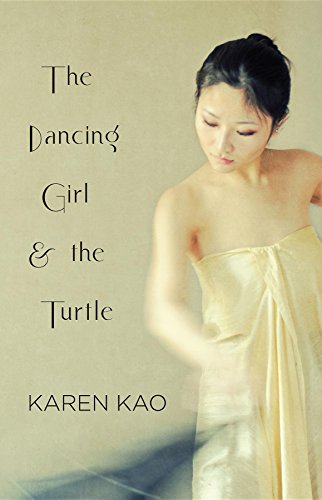 This isn’t a story for the faint-hearted. It features many elements of uncompromising brutality: rape, self-harm, sexual and physical abuse against women. And to some extent, men. Anyi, the heroine, is violently gang-raped right the start of the novel, and that is only the beginning of her tragedy. She descends into nightmares and delusions, prostitution and masochism. She is on a mission to self-annihilation, and she seems to be pulling everyone with her. These are difficult things to stomach. However, there isn’t an ounce of gratuitous sexual content in this book. It all serves a purpose. The message about the Broken Girl being truly and irreversibly broken hits home each time, every time.

Kao is a master of understatement; you read between the lines and enigmatic images and your mind forms pictures more horrendous than any graphic description could ever conjure. Anyi emerges from all of that horror as a surprisingly resilient and independent individual. She commands steely willpower, which in conjunction with her lithe, pale and fragile appearance, creates a dazzling contrast in the reader’s mind. She is a woman you bizarrely come to respect even though in 1930s Shanghai she was considered to bring nothing but shame to her family.

Kao depicts the atmosphere and the mores of that era and place incredibly well. A huge amount of research must have gone into this book and it is evident. Her authorial voice is authentic and assured; her prose, matter-of-factly and direct. Several different narrators carry the story forward, taking the baton of narration from each other seamlessly.

The Dancing Girl and the Turtle isn’t a book that will sit comfortably with a Western reader, and that is its beauty. It does take you on a trip to a place that is utterly alien to you: the mentality and motivation that drives its people, the culture and the society’s attitudes. It is a suffocating place with huge pride in its uniqueness and centuries’ worth of tradition. But it also shows signs of decay. It is vulnerable. It is wilfully heading towards a disaster. Like Anyi.

This book will take you out of your comfort zone, but it will be a trip you won’t forget.